The pandemic seemed to have sidelined terrorism when, suddenly, October 2020 revived the threat that seemed to be overcome. In fact, between the first days of September and the beginning of November there is a chain of events that, listed in its succession, clearly highlights a dramatic and articulated scenario.

1 , Charlie Hebdo magazine republishes the caricatures of Muhammad that made it the target of jihadist terrorism in 2015.

2 , the trial of 14 supporters of the perpetrators of the attacks on Charlie Hebdo and the Hyper Cacher supermarket opens in Paris.

27 Sept., the “Second Nagorn-Karabakh War” begins, with the Turks supporting Azerbaijan. The war ends on November 9 with the Azerbaijani victory.

5 Oct., Nikol Pashinyan, Prime Minister of Armenia, declares that Europe will soon see Turkey on the outskirts of Vienna.

16 Oct., teacher Samuel Paty is beheaded by Abdoullakh Abuyezidvich Anzorov because he discussed Muhammad caricatures with his students. Paty is the victim of an intense social media campaign and three students have given information to his killer.

22 Oct., a woman with a burqa threatens to blow herself up at Lyon station, stopped she had no explosives: the event is one of the imitative behaviors that highlight the sedimentation of the jihadist threat in the western society.

24 Oct., Turkish President Erdogan responded to the question of separatism by stating that Macron, would need “psychiatric care“, then called for a boycott of French products and presents himself as the champion of offended Islam.

29 Oct., in the cathedral of Nice, three people were killed by a Tunisian terrorist, Brahim Aouissaoui, who landed in Lampedusa on 20 Sept., quarantined on the ship ‘Rhapsody’, identified and informed of his expulsion on 9 Oct. Aouissaoui loses his tracks and on the 26th goes from Palermo to Rome by bus, on the 27th from Rome to Genoa by train: the 28th is in Nice.

On 29 Oct., Vienna, fifty young people of Turkish origin broke into St Anthony’s Church to the cry of “Allah Akbar”. The episode is part of the climate of Erdogan’s statements.

2nd Nov., just few hours before the lockdown began, 4 people were killed in Vienna and 23 were injured by Kujtim Fejzulai in the city centre, in about nine minutes of six-point fire along a mile-long route. Kujtim, who was jailed for trying to reach Syria and join islamists, was released after 22 months for not being dangerous. Slovak intelligence informed Austrian colleagues of his attempt to purchase ammunition for AK-47 in July 2020.

2 Nov., France banned the Grey Wolves, a Turkish ultranationalist group after clashes with the Armenian community. Earlier, in June, Austrian Chancellor Kurz had ordered the closure of 7 mosques linked to Turkish associations following demonstrations for the re-enactment of the Ottoman victory at Gallipoli. Turkey accuses Austria of anti-Islamism and racism.

Listing the events that have punctuated these weeks is a fundamental lesson learned to draw some conclusions to place terrorism in the right perspective: a threat destined to persist in different and new organizational forms that will be able to adapt to the different scenarios.

It was feared that Covid-19 was an opportunity that could be exploited by terrorism which, in its immediate propaganda, called for action its symphatizers because a possible relaxation in the police guard. This was not the case, proving that home-grown terrorists share as much fear for their health as the “kuffars” they want to strike. However, the virus, like every critical event, has been a booster of processes already underway and, above all, the leaven of a culture and a climate of widespread and pervasive violence that characterizes our society in recent years (from the Gilets Jaunes in France to Hong Kong, from Santiago to Lebanon): recent history shows how society has lost over time the intermediate bodies capable of mediating tensions and that the pandemic is an effective incubator of violent behavior. This context has given a good game to the sowers of violence to do their job more effectively and quickly: the processes of radicalization have become much faster, the transition to select, indoctrinate, convince people to turn to violence has now been reduced over time and the profound reasons for the choice have been lost confusing themselves with the immediate violent manifestation of their personal anger, which has far outweighed the ideological and religious motivations of terrorism.

In this cultural context, Islamist terrorism is now rooted and infiltrated in everyday life: in France one can lose its head for a cartoon and the “Caliphate” survives in families, in circles of friends, in its “clans”, where radicalization is no longer an ongoing process but a result achieved and stabilizing identities. And terrorism itself finds unexpected and unconscious allies in the denigrating of the victims, which feed the distinctions not comprehensible in the radical vision of “everything is or right or wrong“, as in the incitement interventions against the teacher who appeared on Social Media.

The “lone wolf” narrative, used in recent weeks, is an example of the inability to overcome comfortable and dangerous stereotypes. The attacks in Paris, Nice and Vienna found support by  friendly circuits who are not necessarily ideologized but certainly unable to express their anger outside the extreme violence that characterizes the widespread culture we have described. This means that the “lone wolf” narrative is extremely dangerous if, as it often emerges, it explains a threat for this less relevant. On the contrary, the loneliness of the “wolf” is such only compared to an absent formal organization, but not compared to an informal supporting circuit, first emotional and then logistical: the result is that terrorist action becomes unpredictable. Even when the signs are manifested in the biography of terrorists and actions, the lack of procedures that allow information to be “exchanged” at least for the mutual benefit of the agencies, rather than “shared” for free on the basis of a common project, generates vulnerabilities that are no longer tolerable. But even operational delays in Vienna allow for the mobility of a man who is on fire in six different places are not tolerable either. Nor does it underestimate the infiltration of “radicalized” individuals through the paths of illegal immigration, which feeds on bureaucratic procedures that generate vulnerabilities. None of this is compatible with the desire to counter the threat of terrorism.

Terrorism is a weapon of hybrid warfare.

As with the virus, for which there is no evidence that it was voluntarily launched into the world as a weapon, but which was exploited by everyone as a weapon once it was spread, so for the terrorist attacks, of which there is no evidence that they were directly activated by national agencies, it can be said that they were exploited as a weapon in the ongoing hybrid conflict. On the other hand, the organizational collapse of Daesh provided the militancy of terrorists deployed from the Syrian front to the North African front, to the Azerbaijani front as a weapon of rapid use, and the “Charlie Hebdo” trial provided the communicative context to drive dormant terrorism, giving new horizons for the defense of the Umma offended. If there is no evidence of tactical activation, however, it is clear the inspiration for the series of attacks, useful to national interests in the wider context of the conflict. In this sense, we have to consider the legacy of Daesh, which has promoted, legitimized and trained too many wanna be terrorists to behave easily, and the use of this labour force in an increasingly structured way also by state entities.

In conclusion, these sixty days of fear tell us that terrorism is now a ‘normal’ rather than an ‘exceptional’ phenomenon, as an instrument of the ongoing and continuing conflict. It is important to associate this vision with the awareness of a world in which threats intersect, overlap and feed but certainly never evade each other, so as not to fall into the error of considering a sequential time, as in September when the pandemic seemed to coagulate all concerns, making us forget the circular plurality of threats: terrorism among them. 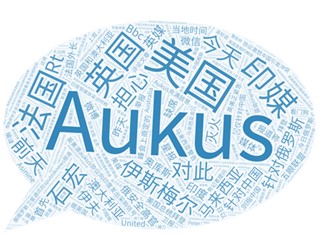