This analysis was originally disseminated by ASIS Italy Chapter

As much as they sound silly and preposterous, militant conspiracy theories are not a joke and pose an increasing security risk instead. This is mainly due to the ease of diffusion in political systems; their tendency to provoke civil unrest; and the alarming association with far-right terrorist movements with which they share a cell-styled organizational structure.

The infiltration of militant conspiracy theorists in American society is now considered by several analysts so pervasive that it is starting to heavily influence the country’s political environment. Several groups which are operating at the moment have displayed an outstanding ability to mass-proselytize, especially among law enforcement, the military, and, more recently, politicians. In Europe, militant conspiracy theory is a relatively recent phenomenon that currently does not exhibit the same degree of institutional penetration one can find in the US. However, over the past three years, it has shown considerable potential for radicalization. Historically, militant conspiracy theories -which differ from the simple act of consuming conspiracy theories per se- owe much of their traction to the American Alt-Right movement, forerun by social media phenomena such as InfoWars launched in 1999 by Alex Jones. The Alt-Right movement dates back to approximately 2009 when it emerged from the Tea Party platform following the last Great Recession of 2007/08. However, it must be borne in mind that it is with the presidential elections in 2016 that militant conspiracy theorists blossomed and begun to take over on a global scale. Thanks to the QAnon movement and the commitment of essential influencers such as Steve Bannon, it now raises serious concerns due to the violence embraced by many followers. The dangers posed by militant conspiracy theory mainly lie on three primary levels.

First of all, their increased influence on politics. Several social movements and think tanks, those that have always mobilized voters in favour of right-wing parties in the identitarian milieu, have amplified the messages of militant conspiracy theories and, in some cases, have taken on the role of promoters. To gain consensus, mainstream parties have immediately picked up those very same issues and disseminated them, primarily through social media. It almost always happens because conspiracy theories’ simplistic rhetoric offers a great communicational advantage and translates into an immediate return in terms of consensus. However, in doing so, even without espousing conspiracy theories, these parties expose themselves to the risk of associating with a perilous movement and political culture. Above all, the primary risk consists in being infiltrated at the top by militant conspiracy theorists, thus increasing the possibility that future policy-making will be fictitious and based on faulty assumptions. Moreover, there is also the danger of possible connivance with hostile foreign powers that could exploit militant conspiracy theories as a tool of aggressive foreign policy (such as already happens with memetic warfare).

Second, the progressive level of civil unrest. In North America, the US, and Canada, the increased violence linked to militant conspiracy theories has led several security and law enforcement agencies to list conspiracy-based groups as criminal and/or terrorist organizations. However, the lack of a legal framework to prosecute them and the absence of a defined and structured organization with identifiable leadership figures makes it extremely difficult to assess and monitor the conspiratorial environment, let alone to counter it. In many cases, we are talking about individuals who adhere to the contents of a conspiracy and exploit its ideology but operate independently or through loose ties with more structured organizations. The main risk posed by such lone wolves is a future increase in hate crimes. In other instances, militant conspiracy theorists act in a more structured way, as was observed in the case of the assault on the Capitol Hill on January 6th. Here, the risk is mainly an increase in underlying tensions, civil unrest, and violent public outbursts.

Finally, a potential for a terroristic turn. Several analysts fear the increased risk of mass radicalization, especially among the young and less educated elements of the militant conspiracy theories milieu, following the events of January 6th. The propensity to mass-radicalization is due to the very satisfying, interactive nature of conspiratorial contents with their constant references to popular culture that make the experience of consuming and act upon these theories extremely compelling. To spread efficiently, militant conspiracy theories mainly exploit mechanisms of involvement typical of ARG video games (alternate reality game), thereby creating a LARP (live-action role-playing game)-like socially pervasive experience that allows a safe zone for participants to develop their militant profile. The appeal of these theories is quasi-religious. The message is structured as a theology, whereas the eschatological component, the “cosmic war” against the deep state, predominates. The social control level exercised by various conspiratorial groups over their members is so pervasive that it encapsulates them and makes it hard to keep fiction and reality distinct, shielding them from the latter. For example, the failure of Donald Trump’s re-election prophecy has immediately activated religious-like rationalization mechanisms that suggest a violent escalation is likely.

The analysis of recent militant conspiracy theorists’ social networks and their repost highlights how the movement is branching out to the world of white supremacists, right-wing extremists, and violent domestic terrorists. It is not to argue that all militants are involved or will be involved with violent or terrorist organizations, such as, for example, the Oath Keepers, Boogaloo Bois, Proud Boys, and neo-Nazi terrorists such as the Atomwaffen Division. For now, we see this in a minority of cases. However, growing trends hint at it as a natural evolution for many followers, especially if they look for a more militant experience. Furthermore, these violent movements themselves use established conspiracy theory networks to recruit new members to their cause by picking them, for example, among the disappointed fans of QAnon or those expelled from groups disbanded by the authorities. These individuals seem to constitute an ideal recruitment pool of domestic terrorists that could, with little effort and in a short time, exponentially increase their ranks with easily manipulatable individuals. The main risk associated with this trend is potential attacks on infrastructures and other sensitive targets, notoriously exposed to the action of radicalized individuals (lone wolves). It should also be borne in mind that these individuals often possess technical skills and, in some cases, served in the military or law enforcement. We already witnessed a first, worrisome example a few days ago in the State of Florida where a hacker who breached the city of Oldsmar’s water network system with the intent of poisoning its drinking water, was luckily stopped before he could succeed.

To conclude, new efforts must be made to increase our understanding of militant conspiracy theories, with a focus on removing the conditions conducive to their development and spread. Concerning infiltrations, it is important to promote awareness within political parties’ leaderships about the need to reduce the ambiguity of their message and prevent conspiratorial elements from achieving positions of power within their ranks. As far as civil unrest and criminal activities are concerned, it is crucial to better monitor militants within formal and informal conspiracy groups and networks and disband them where necessary by providing appropriate legal paths to prevent and sanction criminal activities. Finally, concerning the issue of terrorism, it is necessary to tackle the militant conspiracy problem by learning from the experience gained in the field of Islamist radicalisation both from an operational point of view; in countering the phenomenon; and finally in terms of intervention, prevention and de-radicalization.

Photo by Brendan Beale on Unsplash 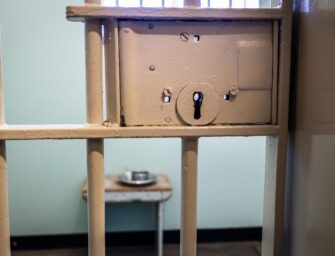 Our director @cbertolotti1 's take on the situation in Afghanistan (in Italian) 👇 startinsight.eu/rainews24-afg…